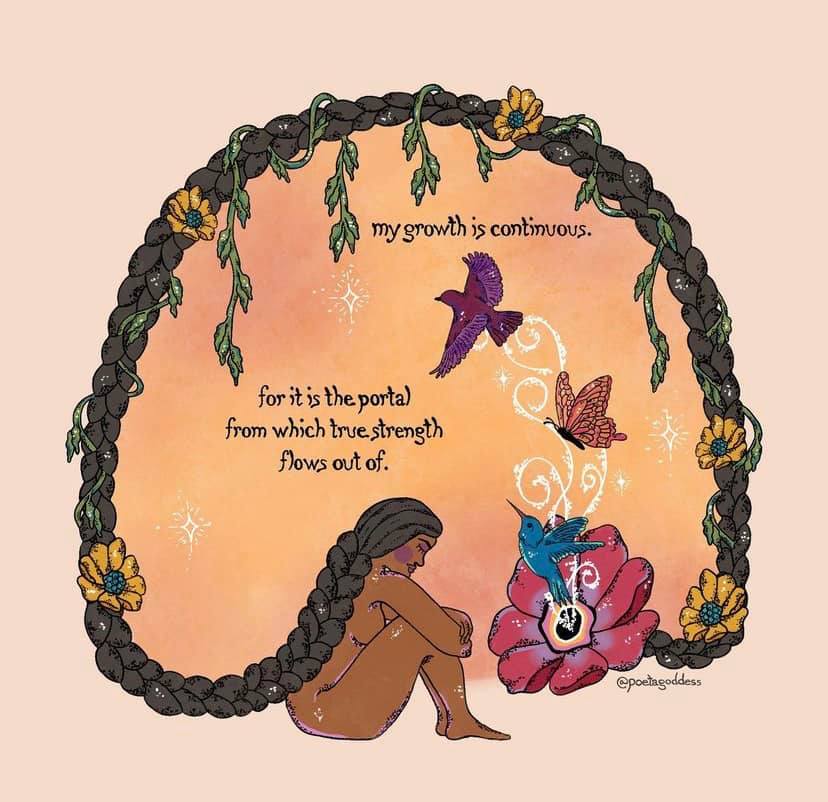 When I first sat down to write this piece, I grappled with the concept of Native American Heritage Day, wanting to approach the subject from the researcher in me. I quickly turned to the power of the Google search engine and sought out to learn about the history of how Native American Heritage Day came to be. What I learned was that this day was the result of a century-long effort to acknowledge the pain and sacrifices endured by the Native tribes and Indigenous peoples of what we refer to as the America’s, and to celebrate the contributions of Native peoples to what the America’s have become today.

After about 30 minutes of wandering down a rabbit hole on Google, I thought to myself, yes—while it is important for me in my research to cite and research peer-reviewed articles to maintain a sense of authenticity through presenting information published through scientific journals—and in this case, looking at government websites designed to provide some historical perspective on National Holidays. I took a step back and thought about ways to deinstitutionalize my approach to researching the significance of Native American Heritage Day, and (please don’t judge me too harshly for what I am about to say next), went back to a time to where my sole connection to community was endless hours of scrolling through TikTok during the safer-at-home quarantine phase of the COVID-19 pandemic. And while it is a bit embarrassing for me to admit (institutionally thinking anyway), I realized that something about the power of listening to others’ stories being told through creative mediums like TikTok is actually a powerful way for me to acknowledge the Native American experience.

The first video that appears when I search “NativeTikTok” on the app, is a video of TikTok creator James Jones (@notoriuscree). The sound of Native music plays in the background to the sound of “Crow Hop” – @NorthernWind, and James is seen in the video dancing to the sound while a quote from John Trudell is written across the top of the screen. “We’re not Indians and we’re not Native Americans. We’re older than both concepts. We’re the people, we’re the human beings.” A powerful video that highlights the significance of music and dance within Native Culture, a creative concept, celebrating all things indigenous. Moved by the words and honestly the TikTok video as a whole, I entered his name into a google search bar, curious to learn more. John Trudell who was also the “spokesperson for the United Indians of All Tribes’ takeover of Alcatraz” in 1969, is a historical figure that incorporated poetry into his political activism.

I feel good about this.

The second video to play as I scroll through the videos tagged as “NativeTikTok” is from a content creator named Tia Wood (@tiamiscihk). In the video, you see Tia present herself as two characters, in the first scene, you see Tia dressed in traditional Native clothing as the words “Indigenous People ” appear at the top of the screen. The scene then cuts to another character played by Tia as the title at the top of the screen reads “Canada/USA,” a dark and comical approach to identifying the “tip of the iceberg” as Tia refers to Native and Indigenous histories, while acting out a deep analysis of the relationship between Indigenous peoples and the history of the USA and Canada, all to the sound of bickering between two characters from a sound clip taken from South Park.

The word “genocide” appears in the first scene when the Indigenous character is introduced, the video continues as the USA/Canada character continues to hit the Indigenous character with the handle of a red broom and the viewers are presented with the following words after each hit: Forced starvation, Residential Schools, 60’s Scoop, Dakota 38, Indian Act, Forced Starvation, Forced Sterilization, Starlight tours, Cultural Appropriation, Destruction of Sacred Sites. All building on top of one another and skillfully showing the progression of discrimination and historical traumas that continue to burden all Americans today, but what is most especially notable, is the presence of transgenerational trauma that continues to persist in Native communities to this day. While, I admit, there are some items on this list that I still need to research on my own, I am thankful for content creators like Tia, because this video has, again, sparked my curiosity to learn more.

I notice myself becoming a bit uncomfortable.

The third video that appears on my “NativeTikTok” list, is a content creator known as Lance Tsosie (@modern_warrior__). In this video, we see Lance is duetting a video from another content creator shown through a video of a woman repeatedly asking the question “Hi Tik Tok do I look Native?” as she sways her head from left to right showing off her long braided hair, the woman continues, “Do I look Native today TikTok…how about now?,” as she proceeds to stand up in the frame to reveal herself holding a bottle of alcohol in her right hand. The video cuts to Lance who shares the following response:

“It’s the level up from playful ignorance to blatant racism for me. From playfully suggesting that natives are identifiable by our braids and then solidifying our identity based on alcoholism. Which is one of the most detrimental and harmful stereotypes that we continuously face today. Alcoholism and substance abuse is a product of generational trauma and unresolved grief. You know it would actually be wonderful to be recognized for some of our very powerful attributes. Our love for community and family; our persistence and pride.”

And there it is, full of discomfort. I am plagued by the heaviness of these three videos combined, what started off as what I perceived to be a celebration of Native culture in the first video, quickly moved into a place haunted by historical and transgenerational trauma, all communicated to me at once within a few short minutes on TikTok. Lance’s words spoke to me, it is too often that folks focus on the negative, and the extent that we highlight the positive contributions and attributes of Native and Indigenous cultures are far too less. I sit with this discomfort, recognizing that folks from communities of color, e.g., Native and Indigenous peoples’ experience this type of discomfort every day due to the pervasive “racial and economic injustices” that continue to persist in our society today. So my offering to you, on this day, is my attempt to bring awareness to and to amplify the Native voices that are speaking to you every day through creative outlets like TikTok video content creation, and even older forms of art like poetry. I return to the quote offered to me in the first video, the words spoken by John Trudell, a poet and activist. My curiosity leads me to want to learn more about John, so of course, I typed his name into Google, which led me to his website. Reading through the biography page on his website I see these words bolded:

“What began as a form of therapy soon turned into much more: the words poured out of Trudell, and he began to incorporate poetry into his speaking engagements.

I sit back in my chair, and let out a deep breath. Poetry is a form of healing. So, on this Native American Heritage Day, I leave you with the words of a poet (that I learned about on TikTok of course). And I hope that these words will be as healing for you as they were for me.

From Athenas aka @sanehta https://vm.tiktok.com/TTPd2u9Noj/ reciting an English translation of Trenzaré mi tristeza by Paola Klug

I will Braid My Sadness

My grandmother used to say that when a woman is sad, the best thing she can do is braid her hair, that way, the pain will get trapped in between the strands, and not reach the rest of the body, you should be careful not to let it enter your eyes, for it will make them rain, do not let it enter your lips, for it will obligate them to say things that are not true, do not let it enter your hands, cause you might burn the coffee or leave the dough raw, for sorrow likes the bitter taste, whenever you feel sad child, braid your hair, let the pain get trapped in the entanglement of your hair, and let it escape when the north wind hits with force.

Our hair is a net capable of trapping all, it is strong like the roots of the cypress and soft like the foam of the atole.

Do not let melancholy reach you unprepared, even if your heart is broken, your bones are cold from a certain absence because it will flow like a waterfall down the channels that the moon has traced within your form. Braid your hair, whenever you feel sad braid your hair, and when you wake tomorrow with the song of the sparrow you will find sadness, pale and vanishing within the mesh of your hair.

Side Note: In 2009, President Obama named the day after the Thanksgiving holiday Native American Heritage Day, he stated, “I encourage every American to join me in observing Native American Heritage Day… It is also important for all of us to understand the rich culture, tradition, and history of Native Americans and their status today, and to appreciate the contributions that First Americans have made and will continue to make to our Nation.” While, there have been numerous efforts made by Native and Indigenous activists in the early twentieth century to name a day of recognition, notably by Dr. Arthur C. Parker, a Seneca Indian, Rev. Sherman Coolidge, an Arapahoe; Red Fox James, a Blackfoot Indian in the early 1900’s, “what started at the turn of the century as an effort to gain a day of recognition for the significant contributions the first Americans made to the establishment and growth of the U.S., has resulted in a whole month being designated for that purpose.” If you would like to learn more about the history of Native American Heritage Day (and/or Native American Heritage Month), check out the links provided below in the references.